Draft Issue. Groups: What are they? How they work?

The topic of group support came up again on IRC. Backend-wise, the topic is rather clear. A bigger question is how groups are supposed to work for the user.

Backend issue for the thing that AP calls groups: pleroma#656

Current state of groups on the fediverse:

Groups federate. You can join groups on other servers. Posting in a group happens via putting a ! (e.g.: !cofe) in front of the group name in a post, otherwise these posts are normal posts. A user has to join a group before they can post to it.

I don't remember if there were private groups or not, and if so, how that worked. Please somebody add that info.

Posting to multiple groups at the same time is possible.

Groups do not federate. Groups have an id, name, description and banner. UI is like this. 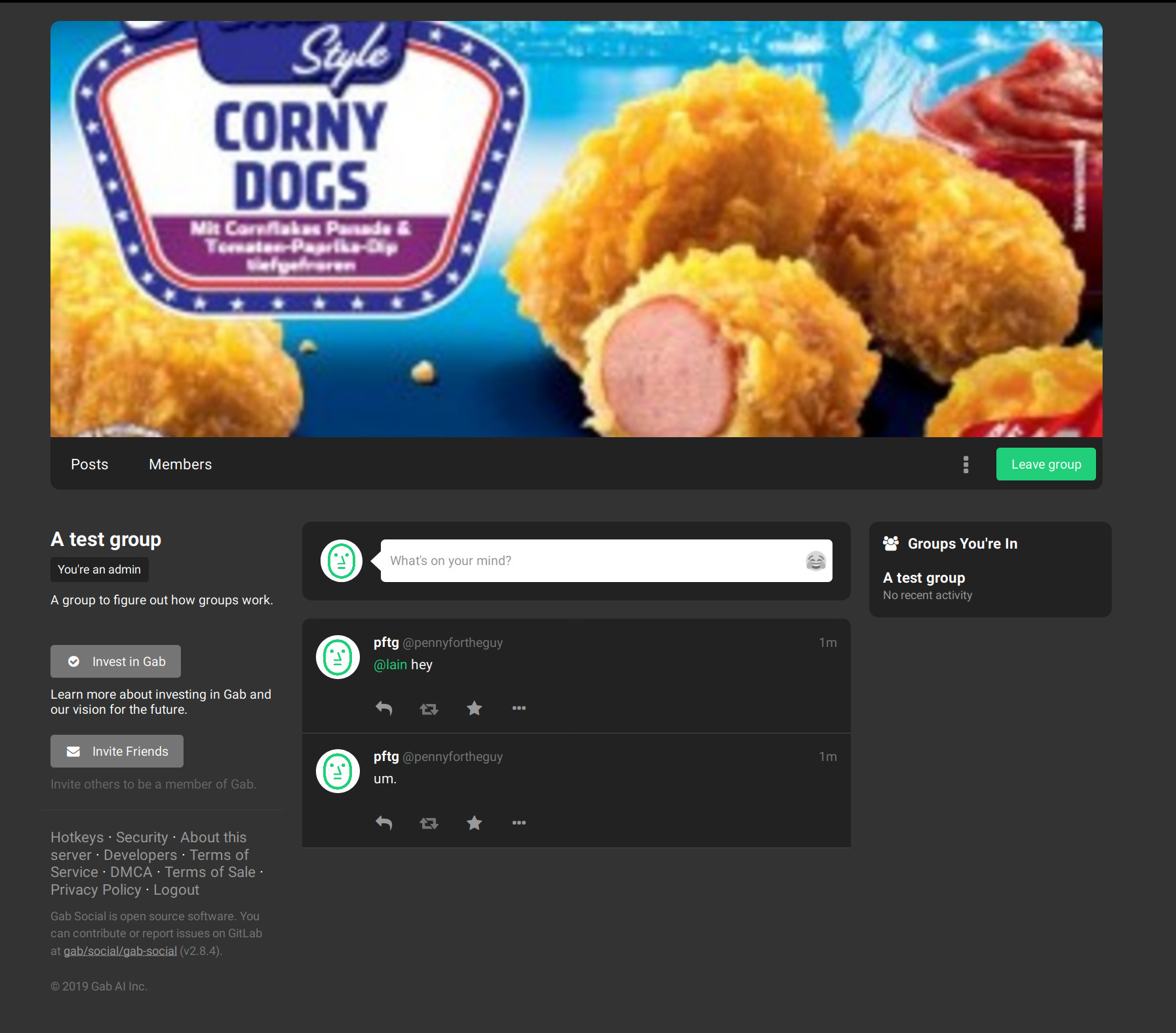 Client side, the post api is extended with a group_id. If you use that, the post is internally associated with that group. As far as I can tell, this does not federate at all, although I read on fedi that they federate the id. I can't find it in the activity json, though (https://gab.com/users/pennyfortheguy/statuses/102525197179306906.json).

Posting to multiple groups at the same time is not possible.

[NOT CHECKED, COULD BE WRONG. WILL ADD]

I think most people associate something different than the GS groups with the name 'groups', more along the lines of gab groups (that is, a page you go to and then you post there). Another popular feature is the whatsapp style chat group. It might make sense to call all these different expectations of users by different names in the frontend, even if they are implemented similarly on the backend.