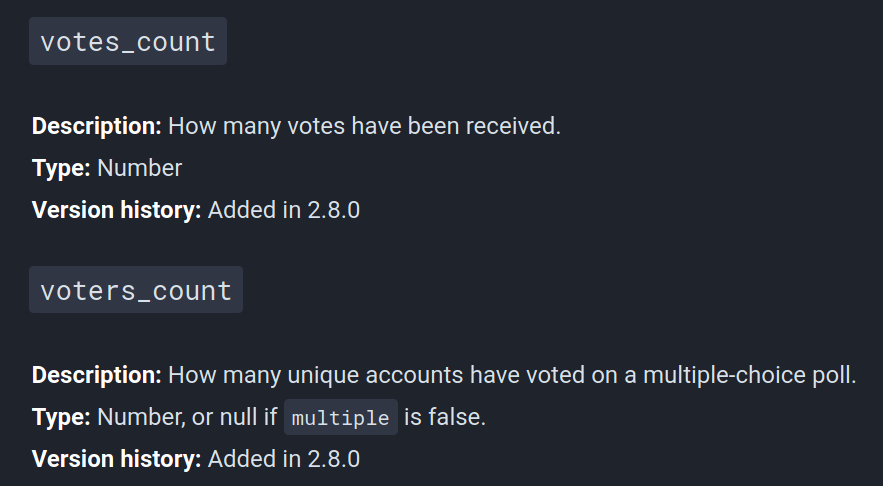 I changed the schema and our behavior to always return the voters_count to make all of this less weird.